A couple of months ago, we at Yellow noticed the rising interest in mobile apps that provide tools for meditation, mental health, mindfulness, and relaxation. Experimentation is our second nature, so we decided to jump on the bandwagon and try our skills in that area.

However, having observed so many ideas (our own and others) fail in finding product/market fit, we knew:

So what did we do? We decided to sell the product before we start actually building it.

How do you sell something you don’t have? Make it seem like you do!

Step by step, we: 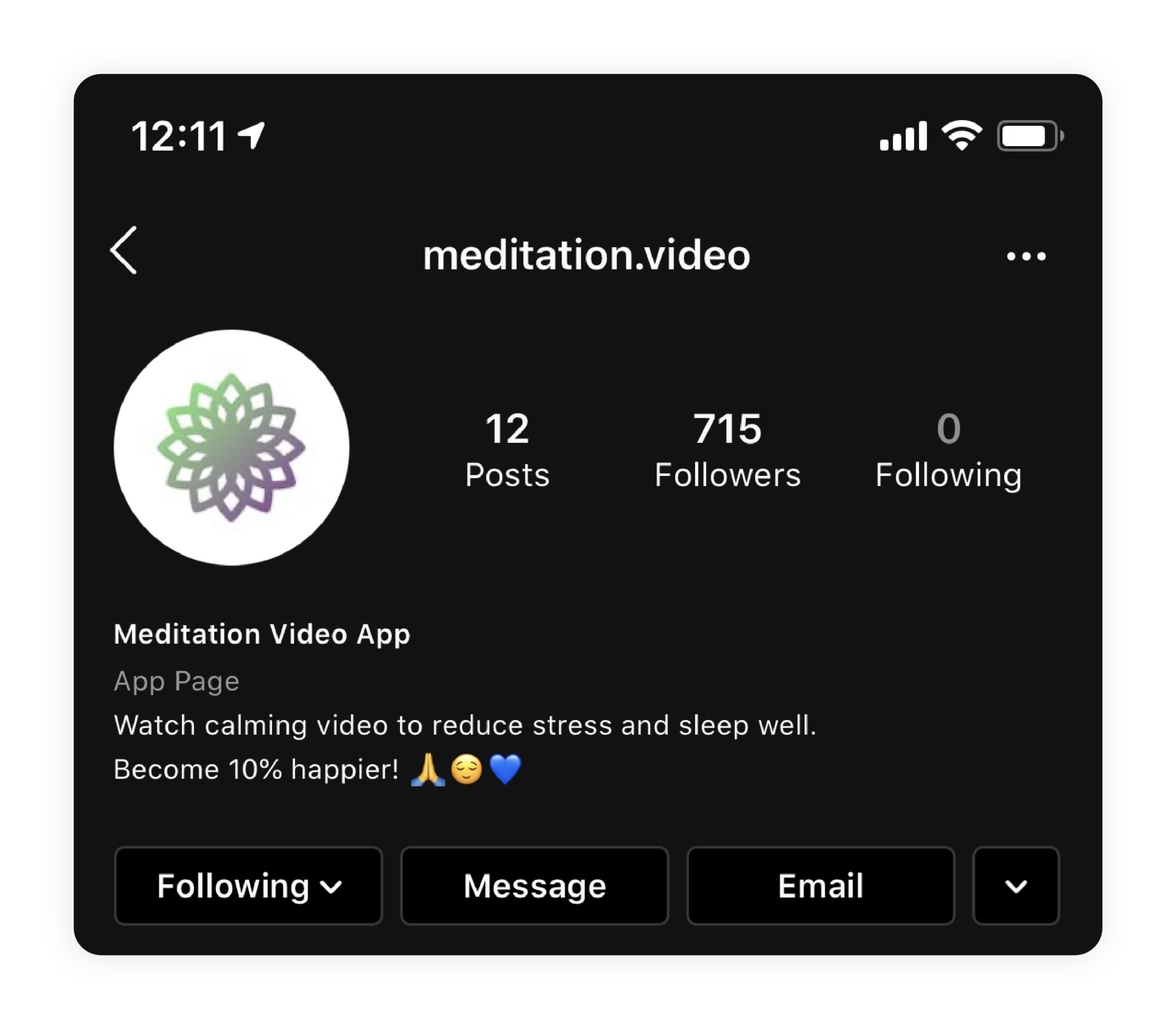 2. Filled it with some relaxing (even if a little silly) pictures and videos 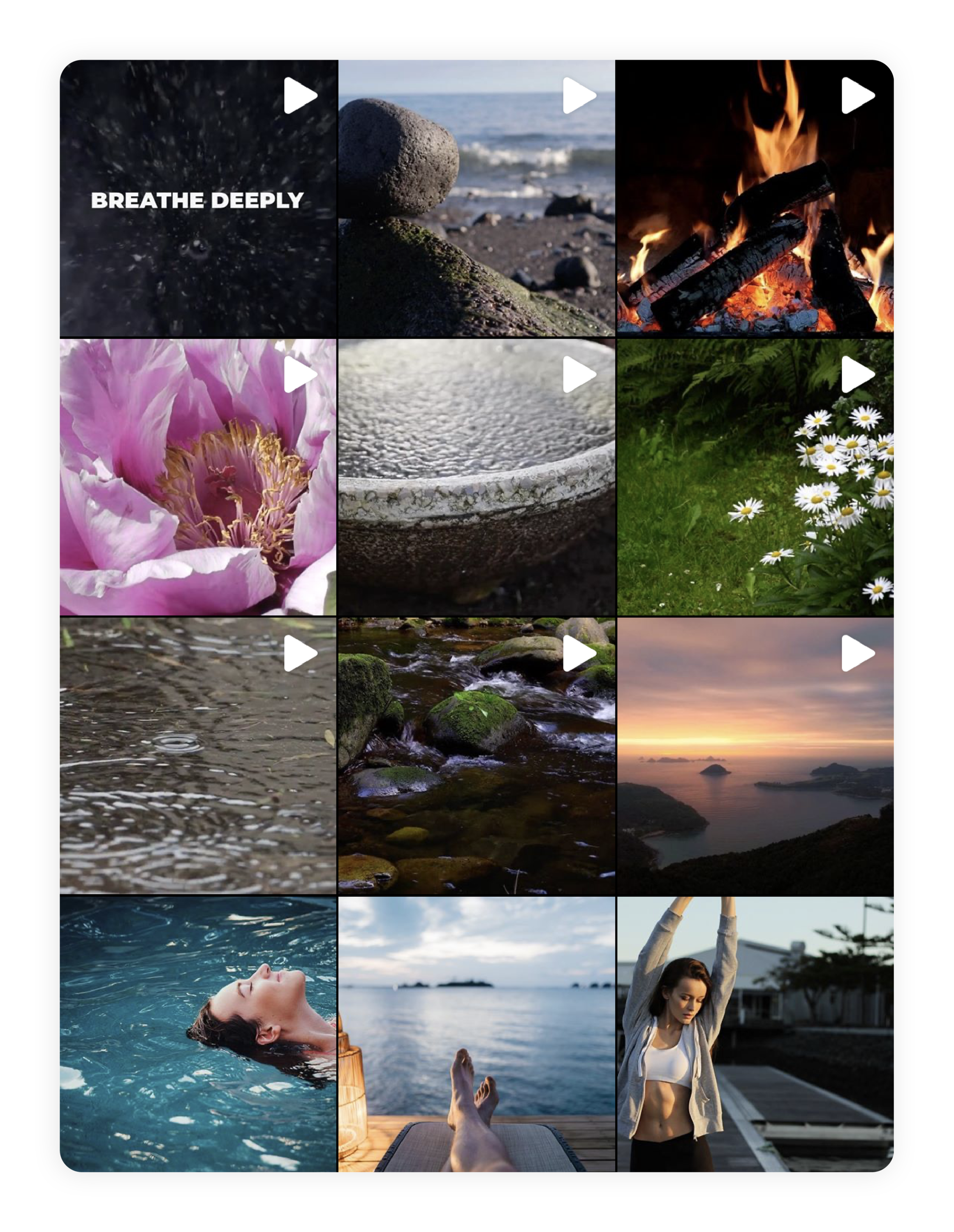 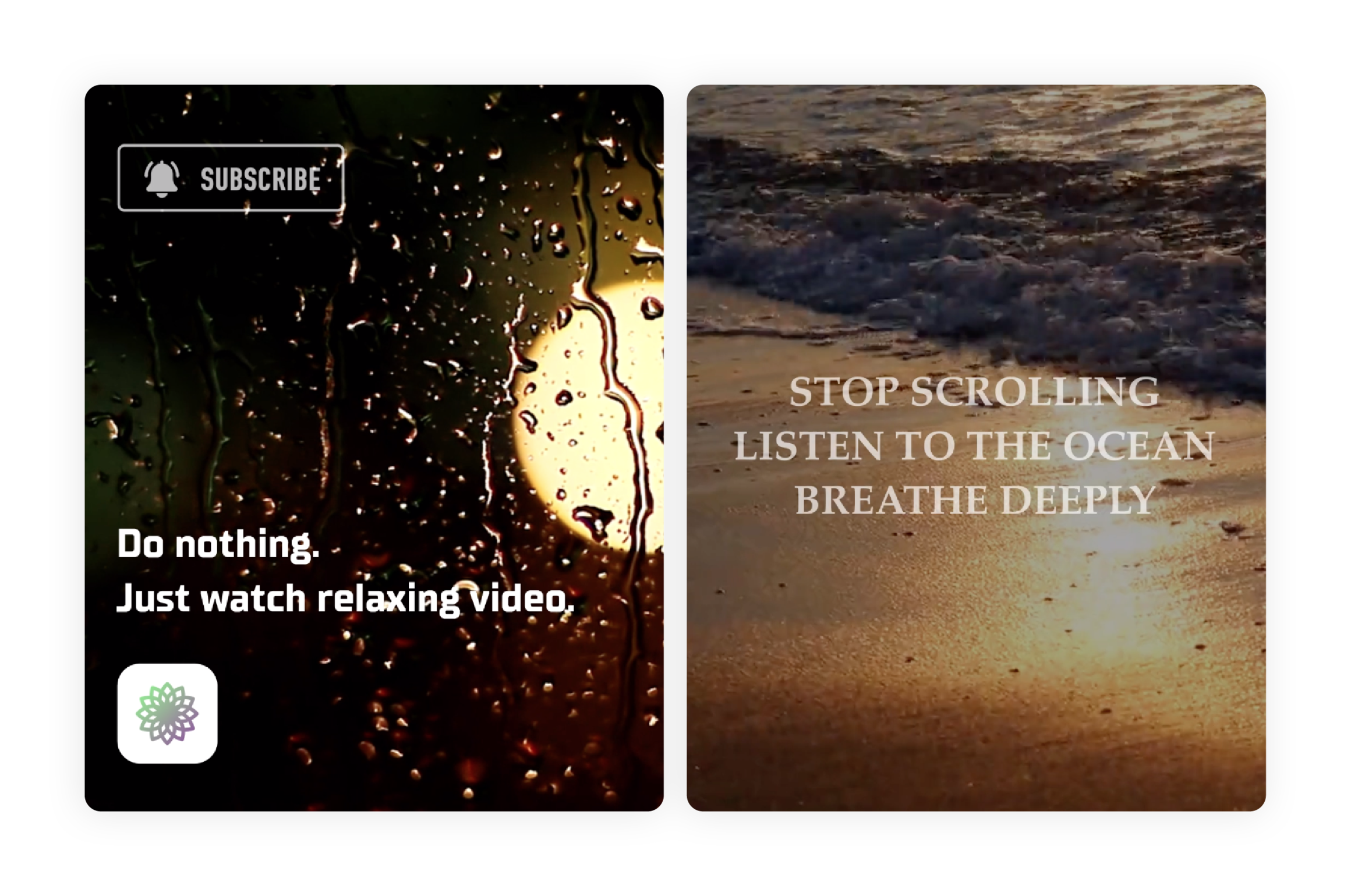 Once the above was done, we launched the ad campaigns with a daily budget limit of just $15.

After a couple of days, these were the numbers we had:

To decipher these results, here’s what you should be looking at:

Combined, all of our ads generated 1,389 clicks, and 724 people started following us. In other words, every second person who clicked on our ad became a follower. Not bad!

So these numbers were looking good, but was that enough?

To take this one step further, halfway into the experiment we decided to put a link to a Google Form into our profile for people to fill out, and measure people’s interest this way too. We figured: If people go to such a length as to click on a form and leave their email (quite an effort to invest into something they have no idea about!), it means genuine interest.

All we asked of people was just to leave their email so that we could notify them once the app went live: 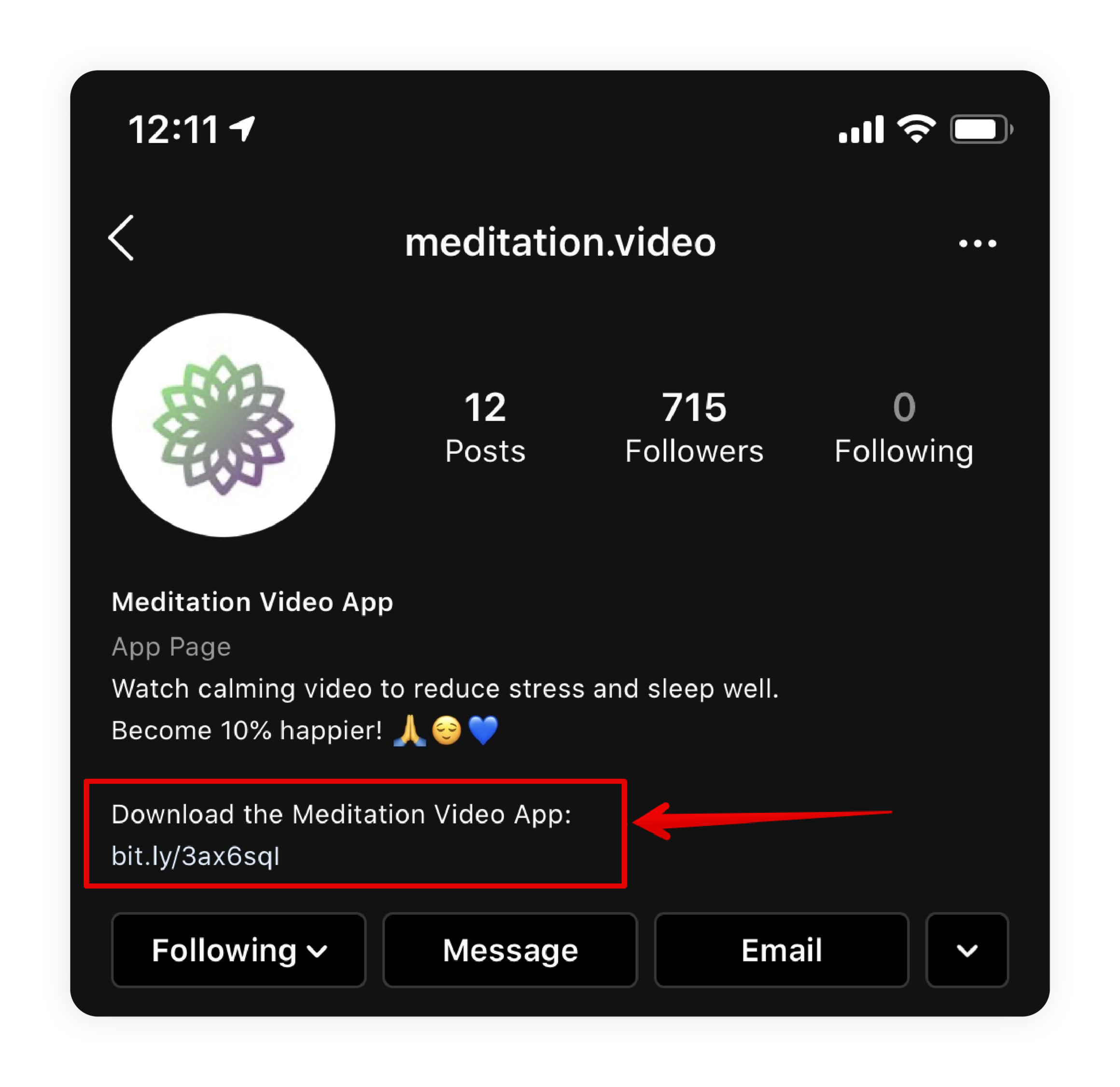 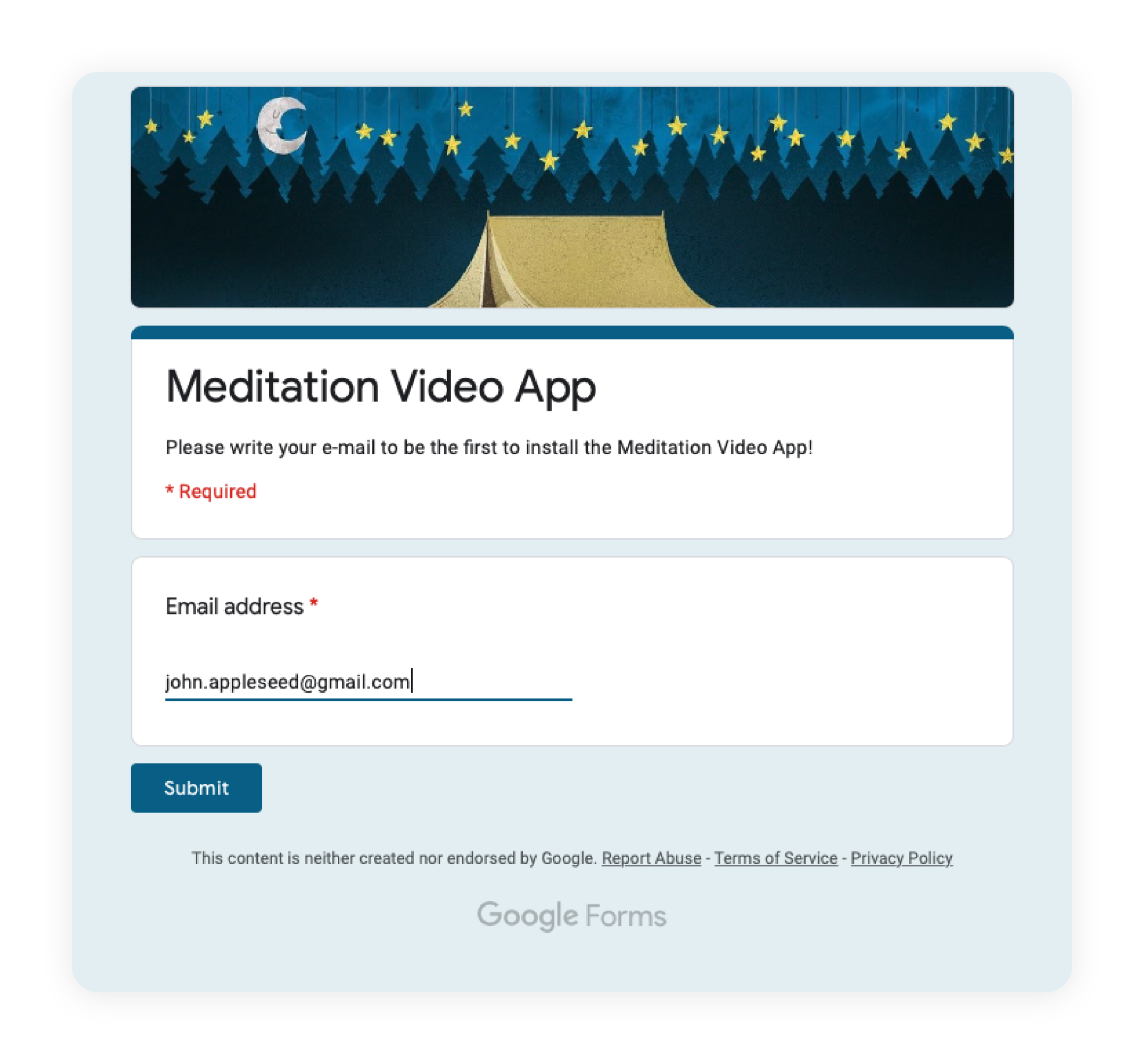 To our astonishment, people were leaving their emails!

Out of around 500 people who saw our Instagram profile with the Google Form link, 65 left their emails.

Just think about it for a moment. People are going as far as clicking a link, leaving their email and submitting it – all for a product that’s clearly not revolutionary, and one that they didn’t even know existed 10 seconds ago! Is that something you would do? I’d never do it, perhaps. This is a good illustration of why you shouldn’t make deductions based on yourself.

Once the numbers were high enough to draw preliminary conclusions (over 350,000 people saw our ads), we stopped the campaigns. The total budget for the ads was $126.

Is it a little or a lot? Compared to the development costs, it is nothing. Which means there’s absolutely no reason you shouldn’t test the waters this way.

Having collected the data above, we could do some math.

Is the effort required to leave your email smaller or larger than installing an app? It’s larger in my opinion, but let’s assume it’s smaller. Let’s assume there’s 20-40% more friction for a person to install the app. So let’s add another 20-40% to $0.69. It makes the expected price per app install around $0.80-1.00.

In other words: we’ll only have to pay around a dollar per user who installs our application.

A dollar is not a lot. If we manage to provide enough value to people, they will stay in the app, and it’s safe to assume that the average person will spend more than a dollar for a good product during their lifetime (the cost of average user acquisition).

To translate that into a lifetime value of a paying user (LTV): If we expect that 30% of the users will subscribe to a free trial, it makes the price of a trial user $3.33. If, out of the ones who subscribed to the trial, 30% in turn end up paying, we can estimate that we’ll have to pay $11.1 per paying user (the cost of paying user acquisition).

Obviously, this only meant that there’s demand. People need a product like this one, that’s clear. Are they willing to pay? Will ours be good enough? Will unit economics work well? Only time will tell. But remember, we only spent $126, and that allowed us to make an informed decision, instead of one that was totally random and subjective. Just because you like an idea, doesn’t mean it’s worth your investment!

Going forward, we will understand:

Bottom line: SELL before you BUILD. It might not be a perfect indicator, but it’s an indicator! At least it’s something.